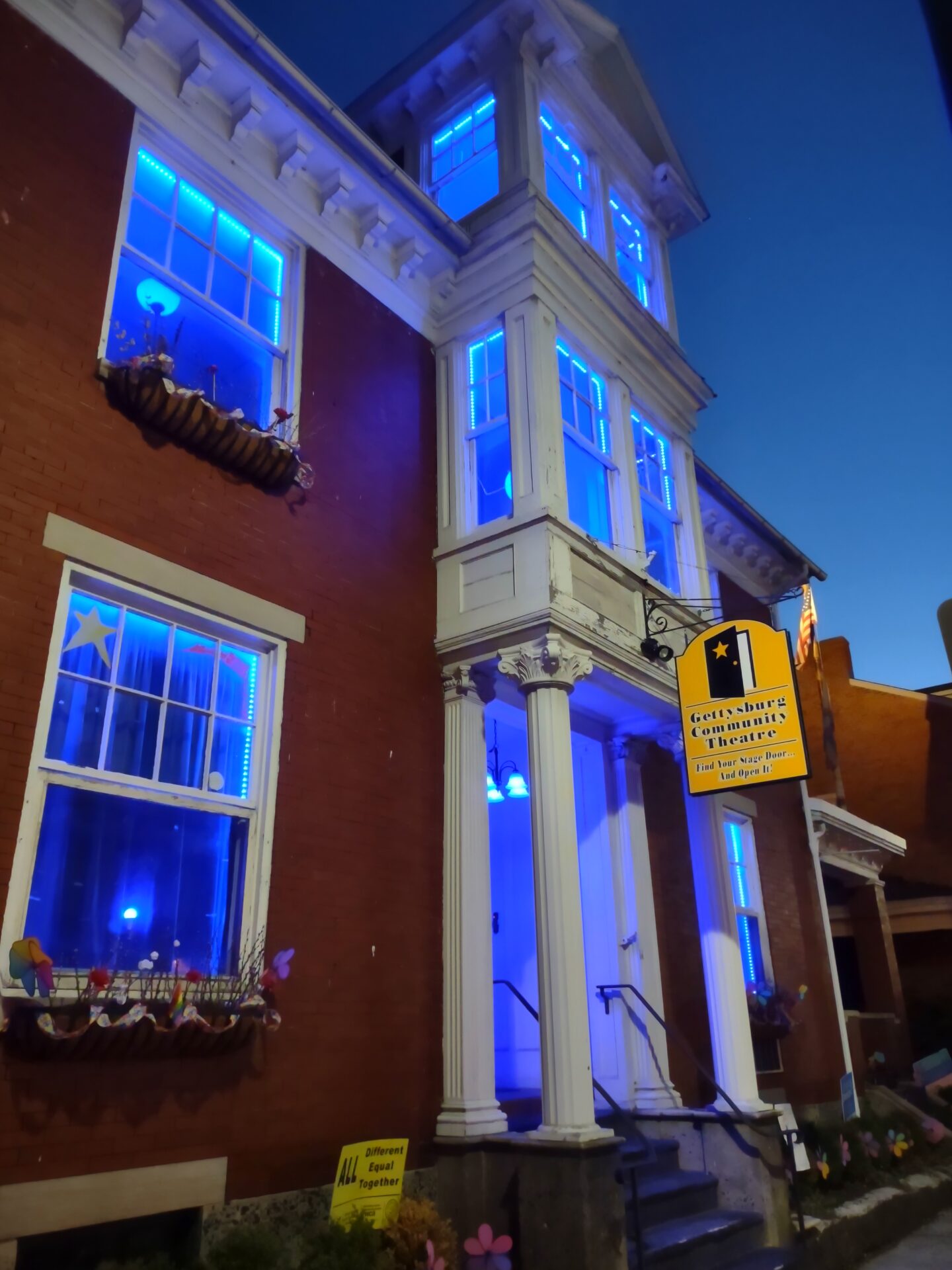 Karen Land is a theatre educator and director and forms an integral part of our creative team at GCT. She specializes in Improvisational Acting. Karen received a B.A. in theatre arts and an M.D.S. from Johns Hopkins University. She taught at Gettysburg College (10yrs) and C.C.C. (12yrs) and teaches Improv at GCT and Totem Pole Playhouse: Improv, Camp Director. Karen also founded the Gettysburg College Improv Troupe (Shots in the Dark) and the Musical Theatre Club (Gburg SMuT).

She has directed award-winning productions at The Vagabond Theatre, Fells Point Corner Theatre, Baltimore Artscape, and more. Karen offers classes and workshops in Zenprov, where Improv and spiritual philosophies collide. She is presenting a master class: “The Zen of Improvisational Acting” for AACTfest2019.

Marilyn Lopes is a GCT alumnus and a recent graduate of The Catholic University of America with a BM in Musical Theatre. Marilyn has found herself both onstage and behind the scenes throughout her career.

CUA credits include Kate (Legally Blonde), and co-costume designed for Bloody Bloody Andrew Jackson. She also Co-costume designed at Next Stop Theatre Company (Assassins, Shrek, The Wolves). She has been under Chad’s direction for 13 years now and is excited to show the next generation the wonderfully welcoming creative world of musical theatre!

Shane Miller started volunteering at GCT in 2016 with his performance in Chicago. Since then, he has been Stage Manager, House Manager, directed two musicals, performed in several productions, and served as a volunteer at many events. He brings over thirty years of amateur theatre experience to this stage from Mercer, Berks, and York Counties.

Some of Shane’s most challenging and rewarding productions were during his Berks County teaching years directing West Side Story, Peter Pan, and 42nd Street. His college years afforded him the opportunity to perform a segment from Hamlet, and time on Berks County stages saw him in Titanic, and Death and the Maiden, among many others.

His theatre home is now GCT. In 2019, Shane is currently managing our production of Abraham Lincoln, and he will be directing our world premiere production of the play Twin Hearts by Susan Russell. 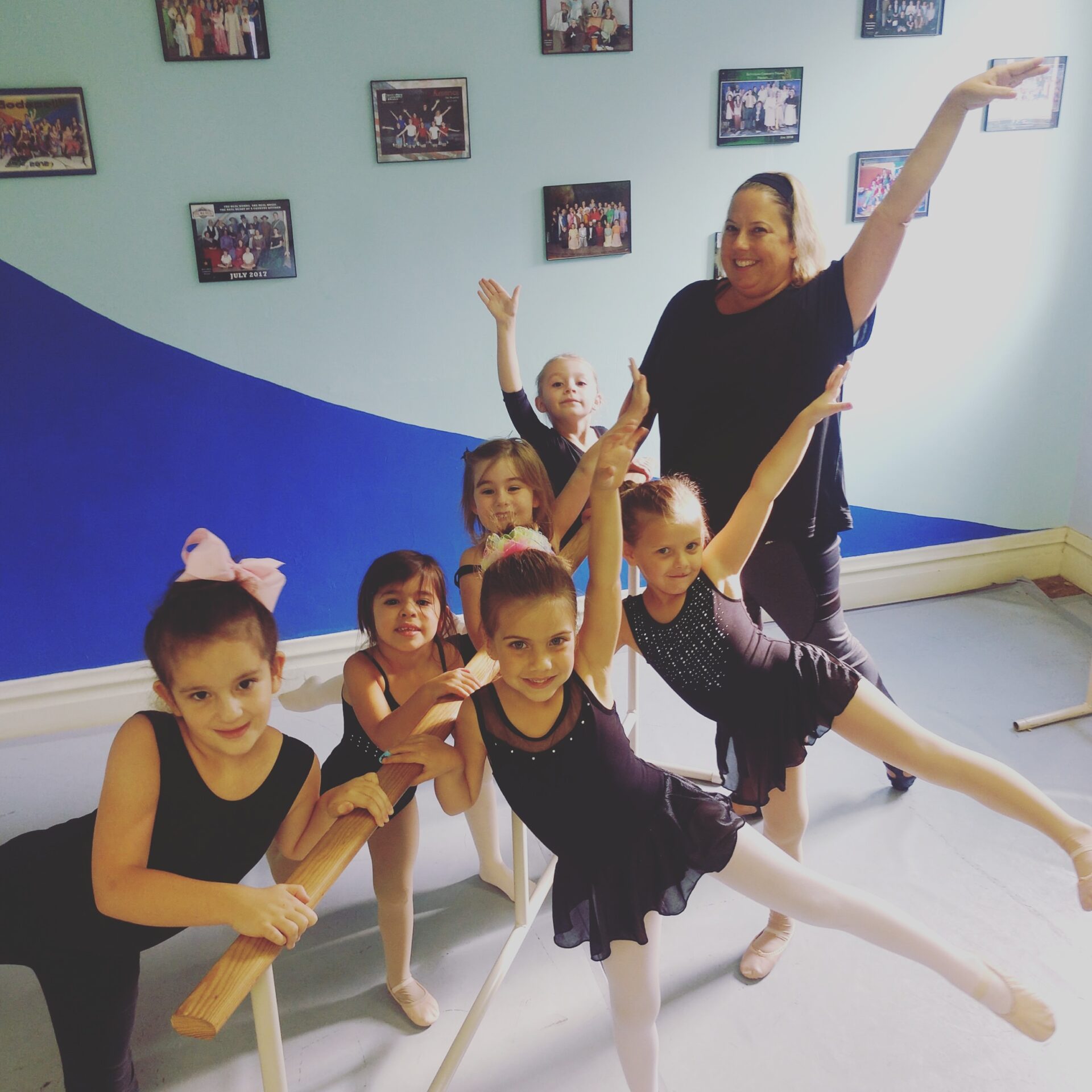 Bruce Moore has performed in three Broadway shows and has sung in six movies, five of them for Disney. His Broadway credits include "Gypsy", which starred Tyne Daly and subsequently Linda Lavin.

His next hit was "My Fair Lady," starring Richard Chamberlain, and finally, the long-running "Grease", where he sometimes played Teen Angel, sometimes Doody. Bruce was in the ensemble backing up a rotating cavalcade of stars such as:

Currently, Bruce teaches musical theatre classes, voice, tap, jazz, acting classes, as well as coaching both adult and children private students at The GCT. He made his directing debut at GCT with The Secret Garden, followed by Annie Get Your Gun, Gypsy, and Beauty and the Beast Jr. In the summers, Bruce teaches week-long camps featuring various Broadway and Off-Broadway shows at the theatre.

Other major highlights in his career were singing the Disney animated features, including:

He was an off-screen singer in the final scene of the comedy "The Trick." Off-Broadway Bruce was a standby (a bit more prestigious than an understudy) in "Olympus On My Mind" at the Lamb's Theatre and performed in two City Center Encore Series hits; "Strike Up The Band," which starred Judy Kuhn, Lynn Redgrave, Philip Bosco, and "Lil Abner" starring Broadway's Alice Ripley, Burke Moses and TV's Catwoman in "Batman" - Julie Newmar.

Putting on the Tap Shoes

Broadway-bound "Busker Alley" starring Tommy Tune got Bruce to put on his tap shoes (now he teaches tap). Unfortunately, Mr. Tune broke his foot out of town. Bruce brags that his most famous tap student is the children's book author Judy Blume. The National Tour "Applause" starring Stefani Powers (Hart to Hart) was to land on Broadway but closed on the road at Baltimore's Mechanic.

Bruce's other tours include "Grease," starring Christopher Atkins and Lori Laughlin, and another tour of "Grease," which starred soap opera's Jack Wagner and Tony winner Beth Level. He also toured with "Gypsy", "My Fair Lady", and "Give My Regards to Broadway" on the Carleton Davis Circuit. Bruce was Barnaby with Lainie Kazan in "Hello Dolly" at the Claridge in Atlantic City.

Regionally, he has performed at the Kennedy Center in DC and the Dorothy Chandler Pavillion in LA. He was Billy Lawlor in "42nd Street", "Little Me" at the Historic Ford's Theatre as Brucie.

Mr. Moore was in "Forever Plaid" as both Sparky and Jinx in Boston, "George M" (George understudy) at the Broadway Dinner Theatre. Performances at Artpark, Kansas City Starlight, The Goodspeed Opera House, and two seasons in the ensemble of Pittsburgh Civic Light Opera.

Bruce lived in Key West for a decade, where he had performed at all the Key West theatres and most of the cabarets. Favorite shows include "Little Shop of Horrors" - Seymour, "The Drowsy Chaperone", "Sylvia", "Musical of Musicals" and sang with the Key West Pops and the Key West Big Band.

As an actor, George has performed scores of leading and supporting roles in theatres, small and large, across America, including:

He was most recently featured as Otto Frank in GCT’s The Diary of Anne Frank and as Prospero in Shakespeare’s The Tempest with the Classical Actors Ensemble, Minneapolis.

George was for twelve years Communications Director, resident principal actor, and Associate Director at the Minneapolis Children's Theatre Company, which received the 1981 Margo Jones award for artistic excellence and creative originality, and the 2003 Tony Award as "the nation's leading theatre for youth and families". George was previously for three years Artistic Director of the Honolulu Theatre for Youth, Hawaii’s largest, oldest, professional theatre organization.

Having directed GCT’s record-breaking, July 2016 production of 1776, the Musical, George has also directed GCT's musical productions of Civil War Voices (2017) and A Year with Frog and Toad (2018). 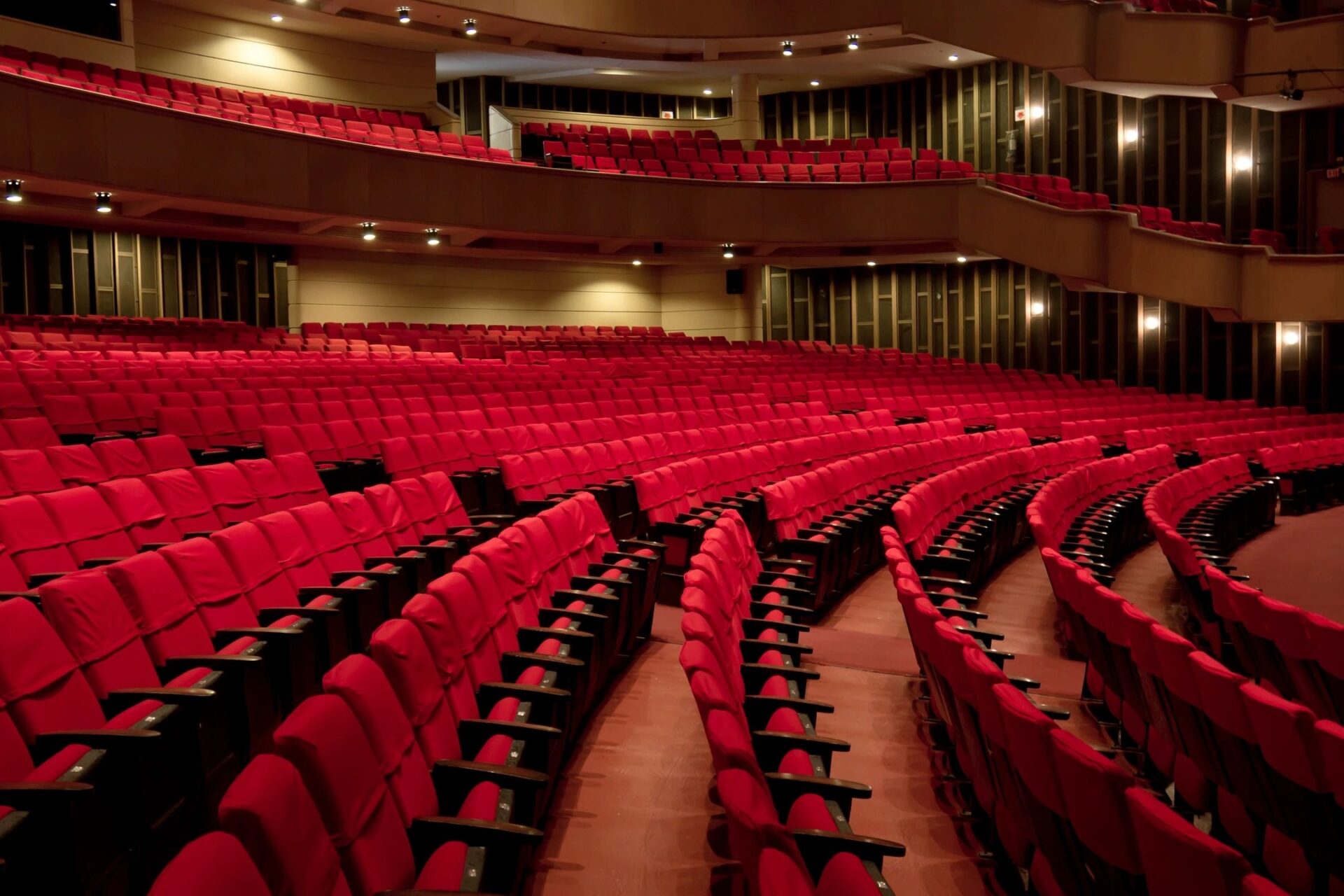 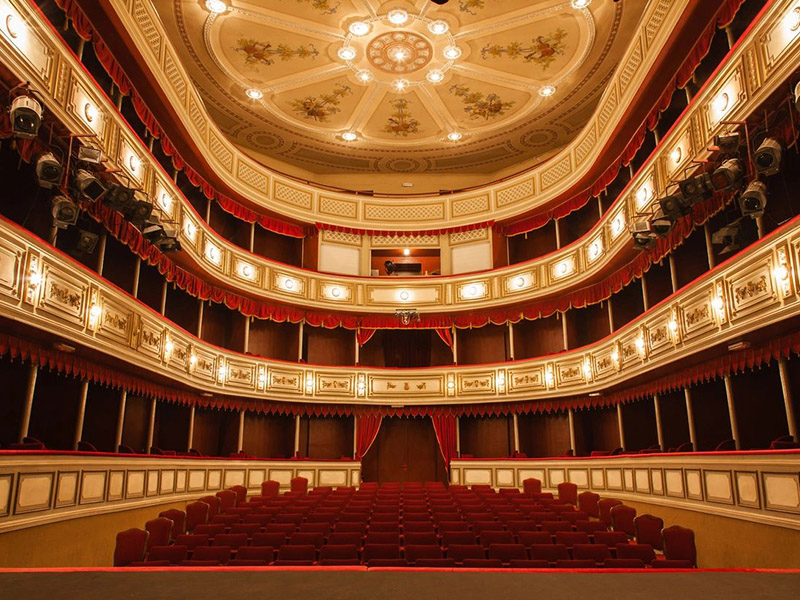 Kate Sainer is excited to be part of GCT. During her six years studying and performing in New York City, she was privileged to work with many Broadway performers, Tony & Emmy nominees, and perform at Lincoln Center. Some favorite past roles include:

Kate teaches private voice and piano, and Theatre Arts here at GCT, and she enjoys performing in our shows when time allows.

In 2001, Rachel was GDC’s first student to attend Pennsylvania’s Governor’s School for the Arts, as a modern dance focus, where she was selected to perform Vicki Brown’s choreography Stress in the student showcase. She has studied intensively with:

In 2006, she was selected to perform in the reconstruction of Murray Louis’ Bach Suite when it was re-staged on the Shenandoah Dance Ensemble. Rachel’s choreography has been featured around the Gettysburg area as well as in several student choreographic showings at Shenandoah University. Rachel has held the position of dance coordinator with the Moscow Ballet when they staged The Great Russian Nutcracker in Gettysburg and was a featured choreographer in Dancing with the Local Stars.

She has also worked with Authentic Community Theatre in Hagerstown, MD as part of their Summer Institute for the Arts, for whom she served as a choreographer in their original stage production of The Phantom Tollbooth. 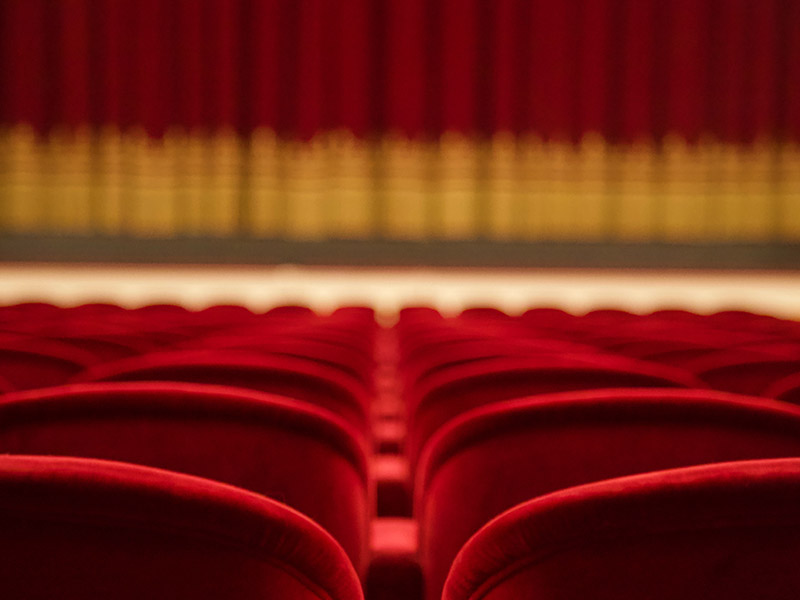 Denice Staub has dedicated most of her life to dance, recognizing it as a form of exercise, stress relief, and a way of life. She studied ballet, pointe, jazz, tap, hip hop, lyrical, and musical theater at the School of Music and Dance in Hanover, PA for 13 years. She was a 9-year member of the Nebula Performing Company, competing and performing throughout the East Coast, including Disney’s Magic Kingdom in Orlando, FL.

Miss Denice frequently attended dance conventions and master classes under the direction of Joe Tremaine, Dan Karaty, Wade Robson, and Frank Hatchett, just to name a few. Miss Denice was a student-teacher at SMD for five years, teaching ballet and jazz. She was a high school musical choreographer for two years at New Oxford High School. Upon graduation, she attended Penn State University, University Park, and was a 4-year member of the Penn State Dance Team (now known as the Lionettes).

The team is known for its performances at football and basketball games, bringing spirited kick lines and entertaining dance routines to the sidelines and center court. Miss Denice was a 3-year member of the PSU competition team, attending the National Dance Alliance competition each spring in Daytona Beach, FL. She was captain of the team in her senior year and held many other leadership positions.

Since receiving her Bachelor’s degree in Finance from Penn State, she has also obtained a Master’s degree in Management and is employed by Nokia. She lives in Gettysburg with her husband, Tim, and their three children, Noah, Alex, and Megan. Miss Denice also enjoys Salsa dancing and learning other ballroom styles.

Carrie Trax is an elementary music teacher in Emmitsburg, MD, and she directs the stage musicals at Gettysburg Area High School. She has been involved in theatre as a performer, director, music director, and pit musician since 6th grade. Carrie has been on GCT’s faculty and production staff for many years and currently teaches private voice and piano lessons here.

Some of her performing credits at GCT include:

Buff Wills is overjoyed to be on the faculty of GCT. She is a retired counselor and theatre director for Gettysburg Area Middle School. She enjoys working with community theatre and has performed in many of our shows, including:

She recently directed Disney's Sleeping Beauty kid and is currently choreographing and starring in our production of Nunsense II: The Second Coming. 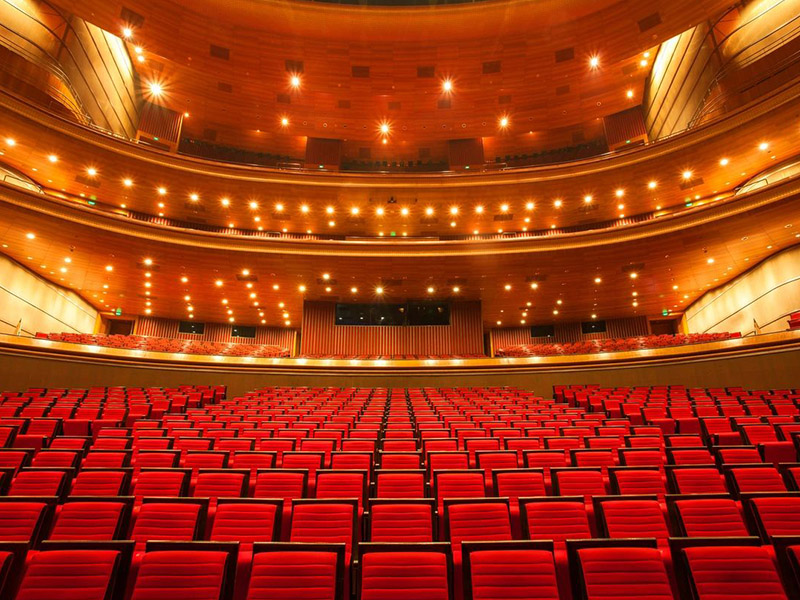 “My son has had many emotional struggles in his very young life, but after only one year at GCT, he has begun approaching other children to create friendships on his own, which has never happened before. His confidence and happiness have both changed so much due to the theatre that he has been released from almost every one of his therapies.

GCT has been the most amazing gift our family has ever received.”